Annual Events
BFOC’s annual events rise awareness and promote cycling as a fun and safe transportation option. BFOC was founded in 2008 by a small group of friends in Oak Cliff looking to organize fun rides with their neighbors and promote a bicycle-friendly culture in Dallas. We’re exited to see so many Bike Friendly neighborhood organizations springing up all over DFW! 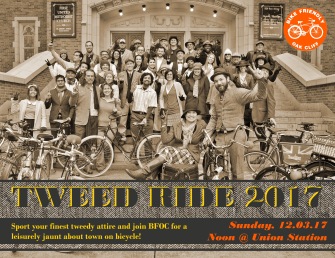 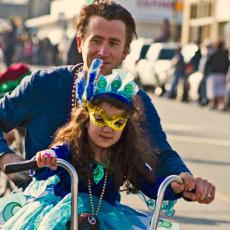 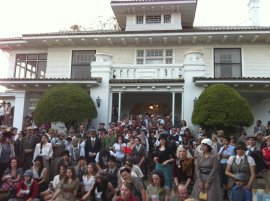 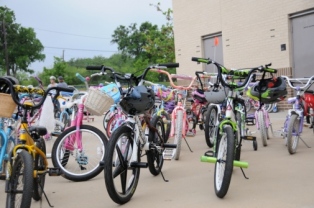 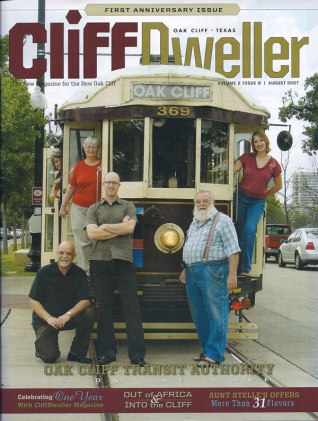 Celebrating the team that brought the streetcar to Oak Cliff! 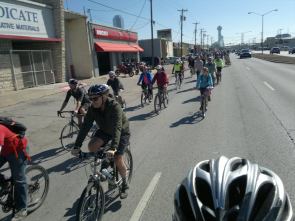 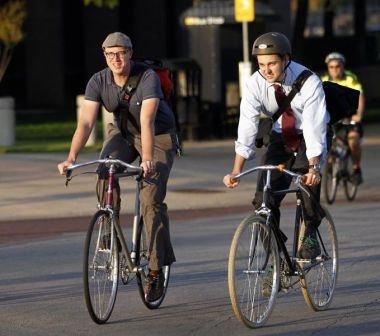 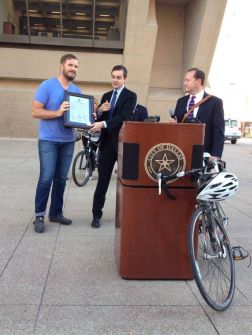 All events are family-friendly, free, and open to all regardless of age, fitness levels or biking ability. Generally, the goal of the events is to rise awareness for bikes and encourage more people to make riding a part of their everyday lifestyle.

Infrastructure Improvements
BFOC plays an active role in reshaping how Dallas streets are designed, ensuring that future streets will be safer for cyclists.  The organization has raised over $5000 for as part of the iBike Rosemont campaign to install road improvements in front of Rosemont Elementary School that will improve cyclists’ safety.

Board members work closely with the City of Dallas’ Bicycle Coordinator on identification, design and implementation of bike infrastructure improvements in Oak Cliff and throughout Dallas.

BFOC Sponsors
Bike Friendly Oak Cliff has been fortunate to receive financial support from a number of local and national sources.  Funds for the Rosemont Elementary improvements have been raised from local sources including Cienda Partners, Oaxaca Inc., John Barr & Associates LLP, and Eno’s Pizza Tavern.

To support a Cyclovia event planned for Spring/Summer 2012, BFOC received a grant from Bikes Belong, a national bicycle advocacy group.

BFOC has also held occasional fundraisers which have been successful in both raising awareness for the organization and receiving donations from the community.

Media Exposure
Part of BFOC’s success has been due to the organization’s strong media and online presence  The BFOC website averages 285 daily views with over 100,000 views in 2010.  Additionally, BFOC events are well covered by both local t.v. and print outlets.