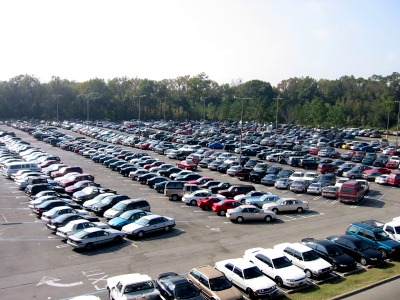 In our last post, I discussed how post-war government intervention systematically dismantled hundreds of years of pedestrian oriented environments by forcing property owners to carve up giant swathes of their private land for parking. What I failed to touch upon was the unsustainable levels of entitlement that now exist for people demanding endless parking and traffic-free roadways throughout our city because of this decision. Like a Ponzi scheme, the pyramid eventually buckles from its own weight. What we’re witnessing today is a generational divide where outdated philosophies are represented by a leadership that refuses to acknowledge the obvious fact that their children are all saying, “I’d rather live in Austin/Portland/NY/SF/Chicago than Dallas.” Stubbornly, the parents keep saying, “they’ll come back for the jobs,” without realizing that the new jobs are starting to go where the people want to be. 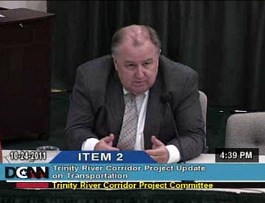 We’re well aware of the $1.4 Billion levee toll road, and the Winfrey Point parking debacle at the Dallas Arboretum (both ironic due to their nature vs. machine conflict), but another instance also making the news is the “lack of parking” headlines in the historic (and walkable) Bishop Arts District. Every week we’re seeing one costly issue after another related to our endless pursuit of maintaining unsustainable suburban development patterns, and the solutions are always the same: take more land, and give it to cars. For some reason, the adage “When you’re in a hole, stop digging” has been completely ignored, and I’m beginning to become numb to the monthly, “I’m finally leaving Dallas!” emails that friends keep sending me. 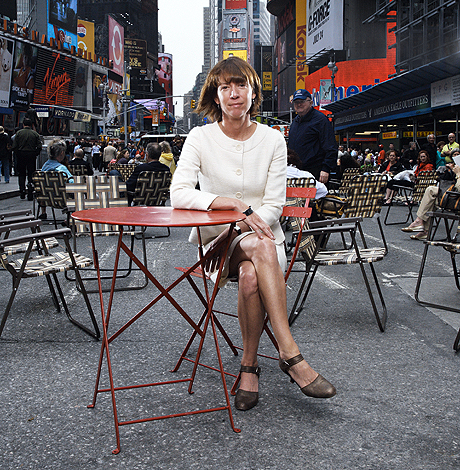 For anyone curious about what the new leadership of cities is like, check out this interview with Janette Sadik-Kahn, the head of NYCDOT and chief architect for all those major new pedestrian and bike infrastructure improvements you’ve read about throughout New York City. The “Big Apple” is the textbook example of traffic congestion, yet she’s taking away entire boulevards to create pedestrian plazas, and while naysayers claimed the sky would fall, the opposite occurred. Economics improved, traffic improved, bicycle usage increased and most importantly safety improved. 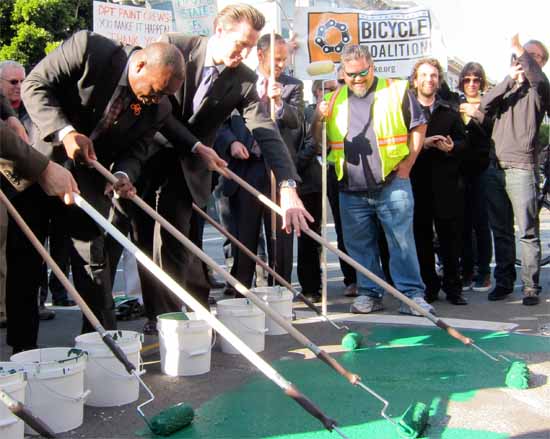 While other major US cities are disincentivizing auto use and incentivizing mixed transportation models in order to balance their costly strain on infrastructure, we continue to do the reverse.  It’s obvious that our leadership will have to eventually take a stand (and a few arrows) and say,”we’re going to have to try something different,” or else they’ll be the embarrassing “Before” picture to an inevitable leader who decides to take the path that every other city around them is taking. Like a defiant George Wallace in 1963, Dallas is waiting for its Bobby Kennedy to lead a brave new path.

“Few are willing to brave the disapproval of their peers, the censure of their colleagues, the wrath of their society. Moral courage is a rarer commodity than bravery in battle or great intelligence. Yet it is the one essential, vital quality for those who seek to change a world that yields most painfully to change.” Robert Kennedy