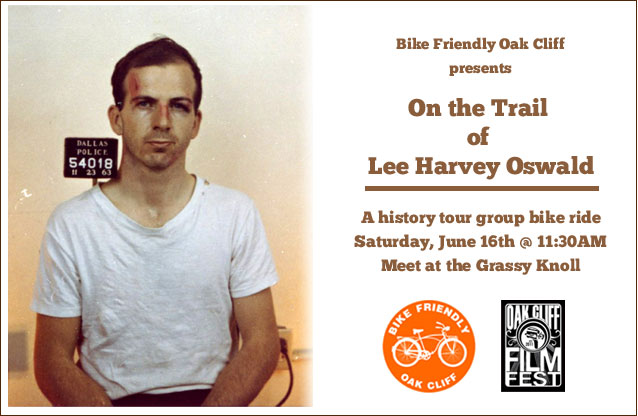 In partnership with the Oak Cliff Film Festival, BFOC is bringing back the On the Trail of Lee Harvey Oswald history tour bicycle ride on Saturday, June 16th, at 11:30AM starting at Dealey Plaza in Downtown Dallas, and passing the infamous residences of JFK’s alleged assassin. This was the group ride that launched BFOC in 2008, and is one of our favorites. Our ride will take us over the 1912 Houston Street Viaduct, crossing into North Oak Cliff, and stopping at pivotal spots from that fateful day in 1963.

This ride will be weather permitting so check back for updates. Highlights of the trip will include: