In November, the Friends of Fair Park, in an attempt to wag the dog, setup a single bike share station to try and get the ball rolling on our city’s stagnating program. The Dallas Observer covered the event, spotlighting the ridiculous nature of having only one station sitting in a park that goes unused for most of the year. One of the obstacles facing the program was the city of Dallas’ interest in procuring bids from multiple vendors, which would normally be a good course of action, but the problem is that Austin, Houston, and Fort Worth, who all have bike shares in place with stations throughout their cities, are using a service from B-Cycle.

This same group operates in cities around the nation with a successful track record of planning and launching programs. Given that passes can be purchased once and used in every bike share program in Texas, it just makes sense to continue for continuity sake. Unfortunately, the back and forth that’s occurred due to over-analysis has left us years behind most every major city in the nation…or for that matter, the world. 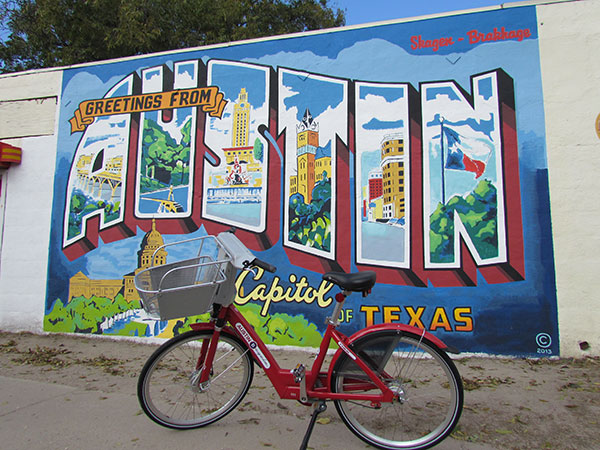 At a time when our city is debating over spending billions on a tollroad that has dubious environmental ramifications, it’s notable that we are unable to find the time or resources to roll out a program that would cost less than 1% of the roadway project and impact communities throughout the city. Maybe it’s not all that surprising considering our ranking of “Worst City For Bicycling in the Nation.”

← Live Kickstarter Campaign!
No Better Way to Start the Day! →